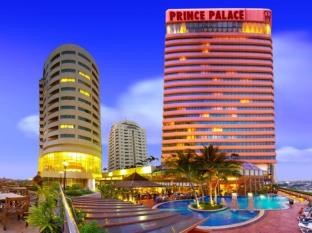 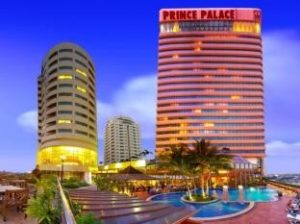 The Field Marshal, whose former name was Prince Chiraprawati Voradej, was the 17th son of King Rama V and his minor wife, Chao Chom Marnda Taptim. He was born on November 7, 1876. The Prince had distinguished background, particularly in his military education and career. He was the first Thai, educated and trained militarily in European countries. At 9 he studied in Britain and continued his military education in Denmark’s army cadet until his return to Thailand in 1897. He was the first Thai Prince who graduated in the military field from foreign countries.

King Rama V then appointed him an army captain at the Directorate of Operational Study without any fixed position to learn about the Thai military service. Later when the Army’s General Staff Department was first founded, the Prince was promoted to the rank of Colonel and the positions of Army Chief of Staff and Commander of the Royal Guards. He was also appointed a Privy Counselor and Army’s Permanent Secretary. In 1900 the King granted him the royal rank of Kromamuen Nakhon Chaisri Suradej, and promoted him to become Major General in charge of the Army’s Operations Department commanding army officers in general.

The Prince then revamped the Army by introducing the modern military structure. In 1905 the Military Recruitment Act was enacted. Like in foreign countries, men throughout the country took turn in being enlisted into the armed forces to undergo military training and to study modern warfare. After having served their term in the military service, they were discharged, but remained reservists and could be called upon to serve the country if necessary. The military units were also re-arranged into companies, battalions, divisions, and up to the army, as well as strategically divided into the arms of national defense. The first army cadet was also founded. The Prince Particularly played a significant role in organizing military units in central Thailand’s Nakhon Sawan province. Evidently, the main military camp there was named “Chiraprawati” after him.

Later in the era of King Rama VI several changes were brought to the Thai armed force’s structure. The Operations Department was dissolved and the army was put under the Defense ministry’s control. The Prince was then appointed the first defense minister, and promoted to the royal rank of Kromaluang Nakhon Chaisri Suradej and to the army rank of Field Marshal.

Field Marshal Prince Kromaluang Nakhon Chaisri Suradej devoted himself to developing the Thai armed forces so much that his health began to deteriorate. He had undergone medical treatment abroad until he passed away on February 4, 1913. After his death the compound of Mahanak Palace was divided into various parts. They now serve as the Public Welfare Department, Wutthichai Market, and Prince Palace Hotel which was named to enhance his prestige.